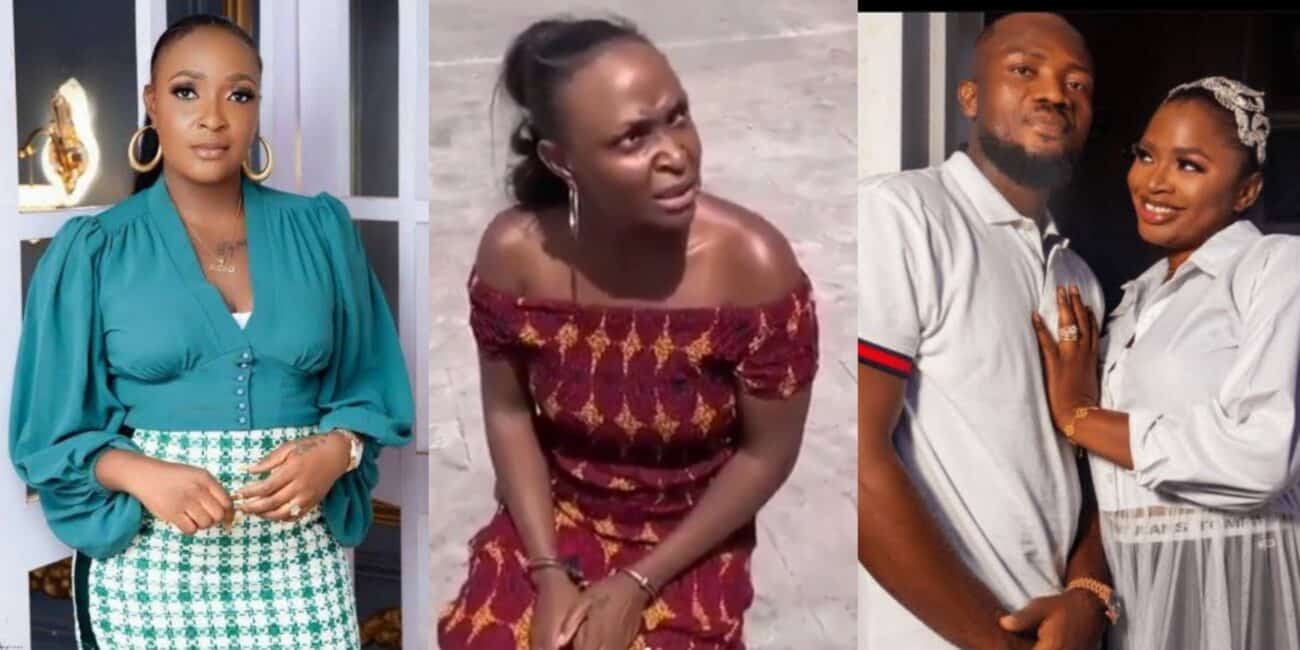 It has been alleged that relationship expert, Blessing Okoro better known as Blessing CEO has been arrested by the police.

According to gossip site, Cutie Julls, the controversial relationship therapist was arrested on Tuesday, November 22nd, 2022.

According to the blog, Blessing was arrested by late Bimbo’s family and she slept at Panti cell.

The arrest came after her bombshell revelation about the deceased’s family.

Recall that Blessing had taken social media by storm as she spilled secrets about IVD and his late wife, Bimbo.

The self acclaimed relationship expert took to Instagram to reveal things about late Bimbo Ogbonna and her husband, IVD in a bid to prove his innocence after the police attested him for domestic violence.

Blessing, who has been vocal on the case, had shared receipts and evidence to dispute the claims that IVD physically assaulted and killed his wife.

She spilled on how the deceased’s family were fighting for IVD’s wealth. According to her, the family of late Bimbo is after IVD’s properties and life, especially her elder sister, Mama Jazz.

She claimed that people who knew the couple, knew Bimbo has been violent.

The relationship expert added that the deceased always broke bottle on her husband’s head on a daily basis.

Following her bombshell revelation, the relationship expert’s Instagram page was taken down.

Unperturbed, Blessing CEO, created a new account to react to the backlash she received.

In an Instagram live session, she slammed celebrities and her critics for being hypocritical.

Blessing noted how the public would have been applauding her, if she was pitching tent with Bimbo.

Issuing a stern warning to Anita Joseph and co, she vowed to insult them, whenever they call her on the issue.

Raining curses on those criticising her, Blessing CEO prayed for the world to turn on them, when they are in problem.

Advertisement
Related Topics:
Up Next

$1.9B Powerball lottery drawing: Winners can remain anonymous in these states

Why Bill On Surrogacy, Human Fertilisation Is Important In Lagos – Obasa

2023: APC Sets Up Committee To Debunk Lies Against Bola Tinubu

More Winners to emerge in the Ongoing Polaris Save & Win Promo

Sterling named Best Employer for the fifth time in a row

2023 Election: I’m confident Nigerians will vote for me — Tinubu