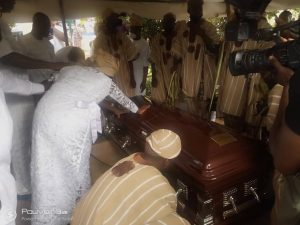 The remains of Mohammed Fawehinmi’, son of the foremost human rights activist, Gani Fawehinmi’ has been buried in Ondo town, Ondo State.

He was buried amidst glowing tributes from members of the civil society, family members and kinsmen.

The officiating minister, Prophet Stephen Robert described death as a necessary end for every human.

He described the deceased as a man who stood against injustice. 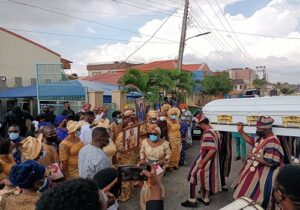 Related Topics:
Up Next

2023: I Will Become President Of Nigeria – Yahaya Bello